An American physicist, engineer and statistician, sometimes known as the father of statistical quality control and related to the Shewhart cycle (1939) [PDCA (plan–do–check–act or plan–do–check–adjust)]. In 1924, W. A. Shewhart of Bell Telephone Laboratories developed a statistical chart for the control of product variables. His work was summarized in his book Economic Control of Quality of Manufactured Product (1931).

An American engineer, statistician, professor, author, lecturer, and management consultant. He was protégé of Shewhart. In 1950, he taught statistical process control and importance of quality to the leading CEOs of Japanese industry. His 14 points provide a theory for management to improve quality, productivity and competitive position. He was authored a number of books including “Out of the crisis and Quality, Productivity and Competitive Position” as well as 161 scholarly studies.

A Romanian-born American engineer and management consultant. Worked as Western Electric from 1924 to 1941. He recommended project improvements based on return on investment to achieve breakthrough results. The Juran Trilogy for managing quality is carried out by the three interrelated processes of planning, control, and improvement. In 1951, the first edition of “Juran’s Quality Control Handbook” was published.

A Japanese organizational theorist, Professor at the Faculty of Engineering at The University of Tokyo, noted for his quality management innovations. He is best known for the development of the cause and effect diagram. He developed the quality circle concept in Japan, In addition he authored “Statistical Process Control (SPC)” texts in Japanese and in English. SPC Tools Included Control Chart, Histogram, Pareto Chart, Fishbone Diagram, Scatter Plot, Flowchart, etc.

A businessman and author who contributed to management theory and quality management practices. His first book “Quality is free” in 1979, which was translated in 15 languages. It sold 1.5 million copies and changed way management looked at quality. He argued that “Doing it right the first time” is less expensive than the costs of detecting and correcting non-conformity. In 1984, he authored “Quality Without Tears” Which contained his four absolutes of quality management. These absolutes are:

An engineer and statistician. Taguchi was born and raised in the textile town of Tokamachi, Japan. From the 1950s onwards, Taguchi developed a methodology for applying statistics to improve the quality of manufactured goods. Developed his loss function concept that combines cost, target and variation into one metric. The cornerstone of Taguchi’s philosophy is the robust design of parameters and tolerances. 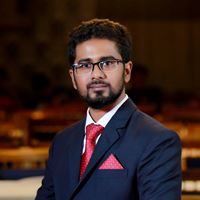